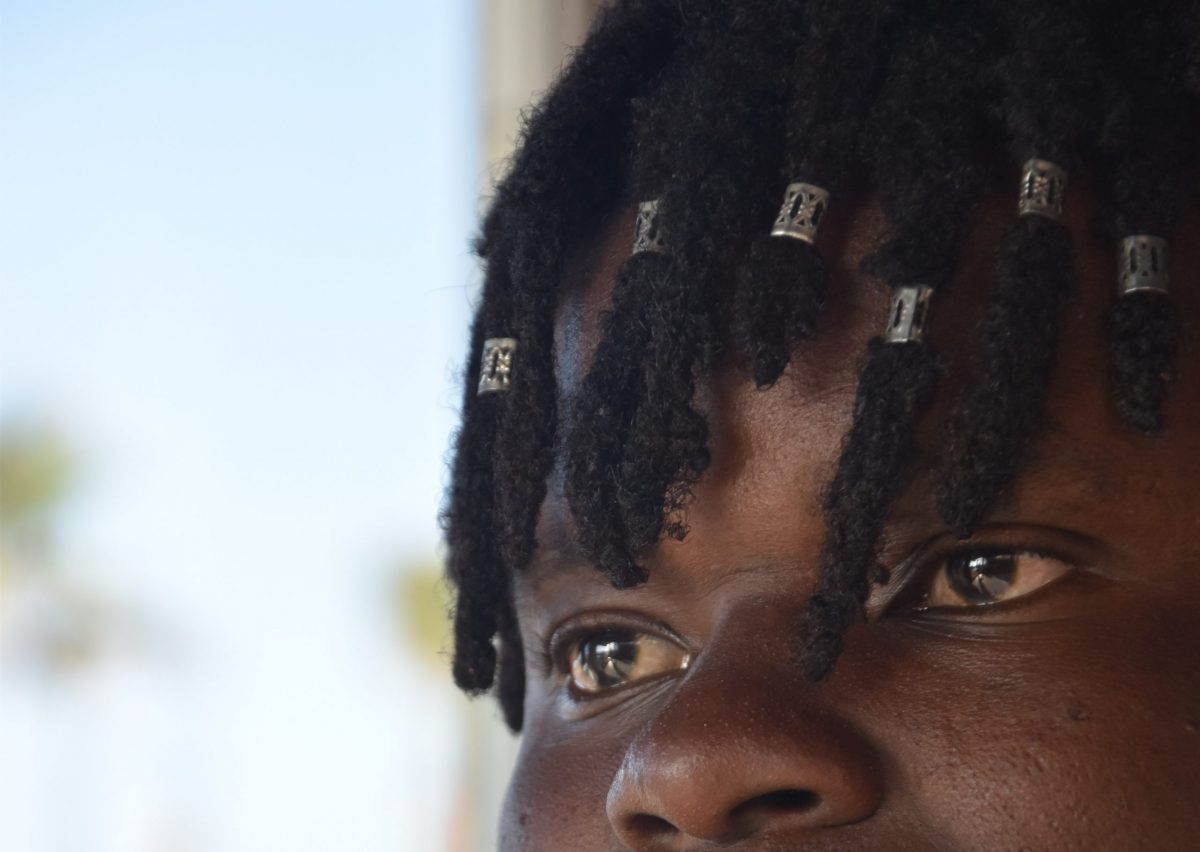 “Why other people live well and we do not? Why do Africans have to suffer so much? I left, while no one would have the courage to go through what we went through. To pass through such poor countries, to risk your life as we did. I never thought about the fact that if I left, I might have died or I might not get out. When something is done, it is done. I will never regret it”.

M. arrived in Morocco in May 2019. At the age of 15, after the loss of his parents, his life in a small village in Cameroon became extremely difficult. He sought a better future. “I walked for 2 kilometers and I arrived in a village near the border. I was heading to Mubi, the first city in Nigeria. There, I met these two women. It was God who sent them to me.“ Hidden by the two Nigerian traders he met in the street, M. arrives in Lagos. “I didn’t know where to sleep or where to eat. At that point, I started asking for money. I don’t like doing that, but when you don’t have the money, you have nothing to eat and you can’t find a job, that’s the only thing you can do.” After finding the money to go to Niger, M. regretted having set foot there. “There, in Niger, I discovered another world. I said, My God, what kind of life is this? What world are we in? The sun was hot, the temperature can reach 50 degrees. It burns your skin. People are hungry, they suffer a lot ”.

To get to Algeria, irregular migrants often leave with Tuareg smugglers, who know the road better than others. The Tuaregs, who spoke only Hausa and did not understand French, were looking for a translator from Hausa to French. “One of the Tuaregs from this group came to see me. He was driving a truck full of Africans, Ivorians, Guineans, Nigerians, ready to leave for Algeria. He asked if I spoke Hausa. My mother’s language was Hausa. If I know this language is thanks to her. She’s the one who saved me.” In exchange for his help, M. could travel for free. On the road, M. begins to trust the driver. He didn’t know his real intentions yet. After two days of traveling in the desert, after they crossed the Algerian border, all the sub-Saharan migrants were sold. Except him. “Why did you sell them?” Why did you do it?” M. asked to the Tuareg driver… “I was shocked”. He replied, “You were lucky. The others are going to be sold for 200 euros. Here is your money. Take it and go, or I’ll change my mind.”

In Algeria, M. tried to find a job to survive without having to beg, but due to a deformity in his arm he could not carry heavy weights and all employers refused him. “There I couldn’t do anything other than work in the construction of buildings. In Algeria, there are no working opportunities. There, you work for two months, they exploit you, and then they sell you to the police. Algeria does not respect human rights. Morocco is much better.” His journey from Algeria to Morocco, provided by a “guidache”, a local guide, began in Beni Snous. There were 15 of them in total, crossing and sneaking into the mountains, walking more than 35 kilometers. Only four of them made it to Morocco. However, Morocco was not his final destination. After arriving in Oujda, he left for Tangier, hoping that he could easily reach Spain. Seven boys on a rubber dinghy… They paddled and paddled to reach Gibraltar, on a cold night. Arrested by the navy, they left for Nador. “I went all the way to Melilla, to try to take the plunge. I climbed the barrier, up to more than 3 meters. But the police hit me on the head with a cane and I fell.” M. tried six times to go to Europe. It was his dream.

After being turned back several times, he arrived in Rabat. Recognized as a refugee by the UNHCR, he has lived here for two years. Although Morocco, compared to the other countries he has passed through, is the country that most respects the rights of migrants and refugees, he nevertheless encountered several experiences of xenophobia. “Here, in some neighborhoods, there is a lot of racism. In the street, they often call me “al aazzi”. Once, they even spat out on me.” However, M. recognizes the importance of associations helping refugees in Morocco. “Of course, I am grateful to the Foundation and to the UNHCR. Thanks to them, I became who I am now. One day, if I have the money, I would like to fund an association in poor countries, like Niger. His name will be Bozaya. It means “believe in yourself.” Today, his goal is to continue his studies and one day be able to work in the cinema, as an actor or a movie director. His dream is to make a movie about his story.

“They say that if in your life you have known pain, even if before you were the meanest person in the world, the pain will change you. Even though people sometimes talk behind my back, I’m never going to change. I will always do my best to help others, to give everything I have.” – M.