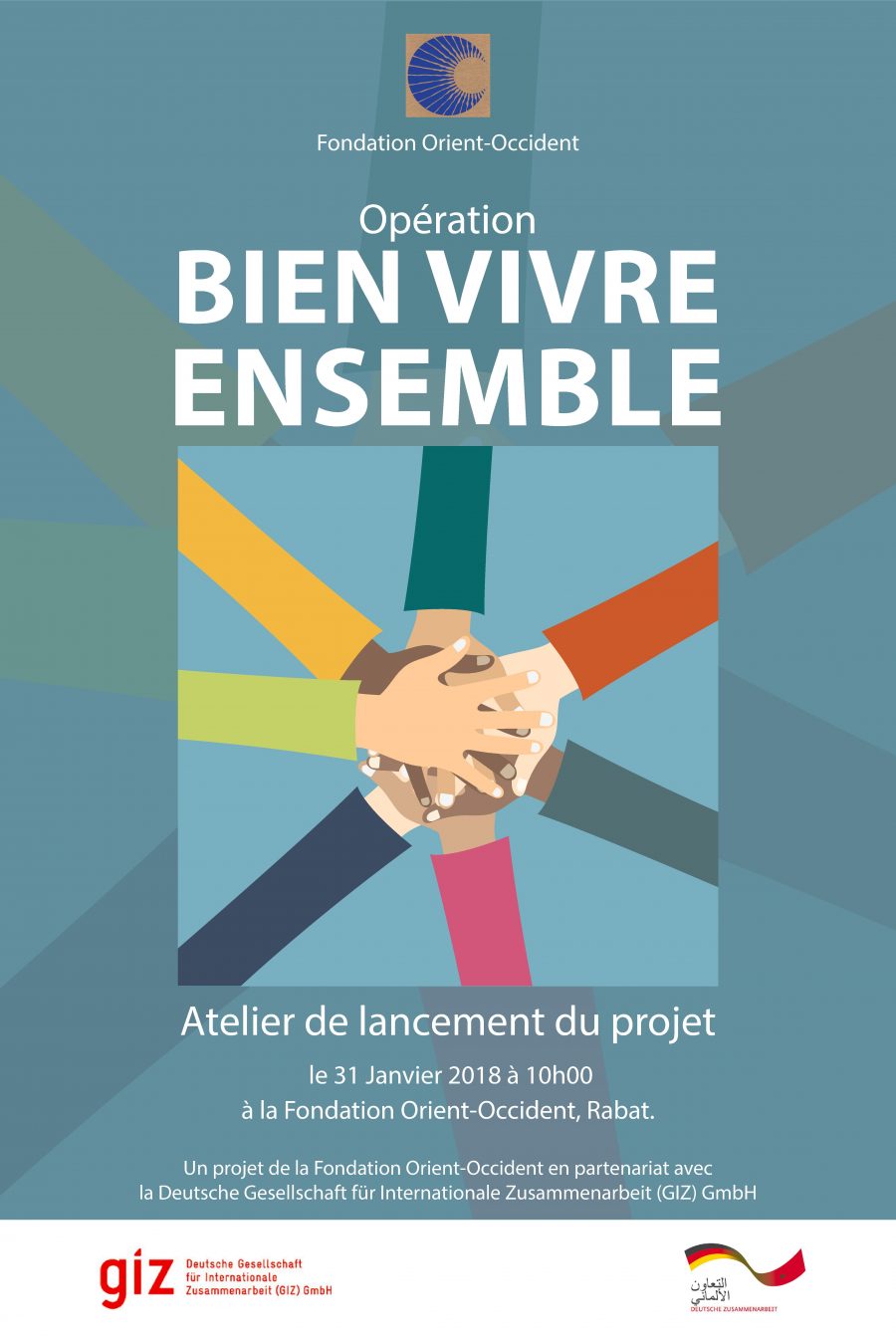 The 31st January 2018 at 10 am, The Foundation Orient-Occident presented the project “Opération Bien Vivre Ensemble” during the launching workshop. This project realized by the Fondation Orient-Occident in partnership with Deutsche Gesellschaft für Internationale Zusammenarbeit (GIZ) GmbH, aims to contribute to the integration of migrants in the borough of CYM by raising awareness on the importance of values of living together and by promoting interculturality for the population and for the local actors. 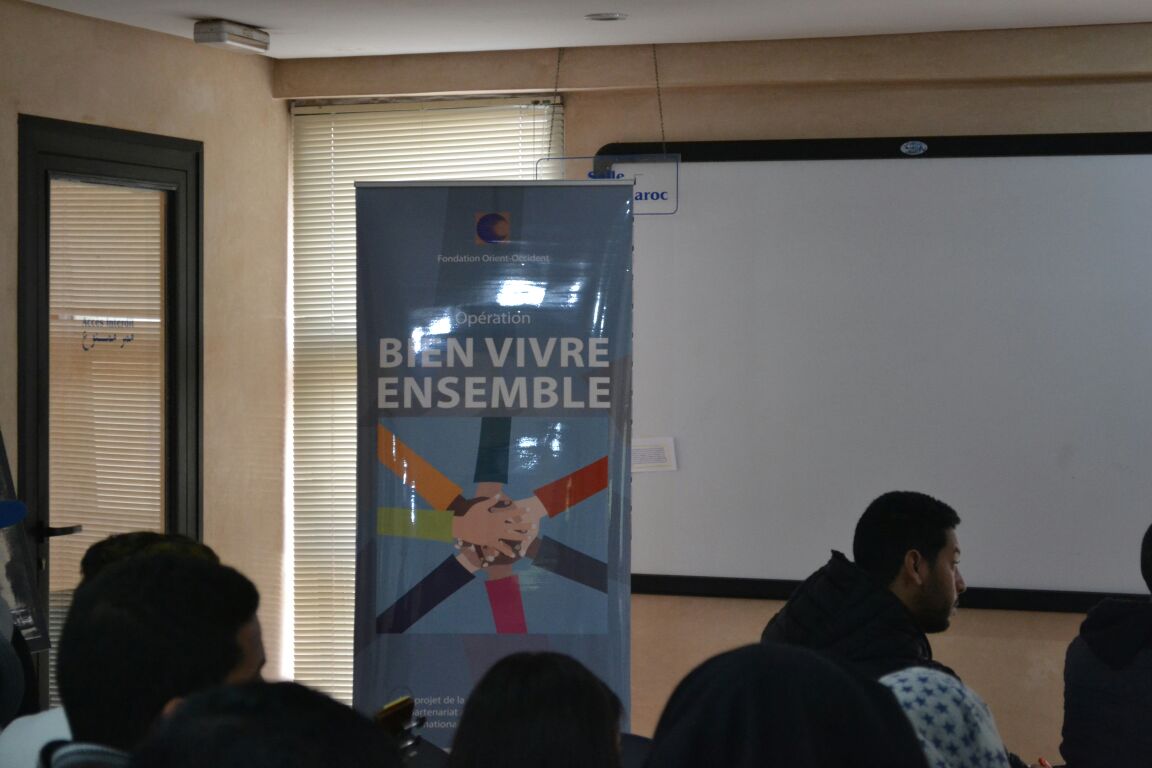 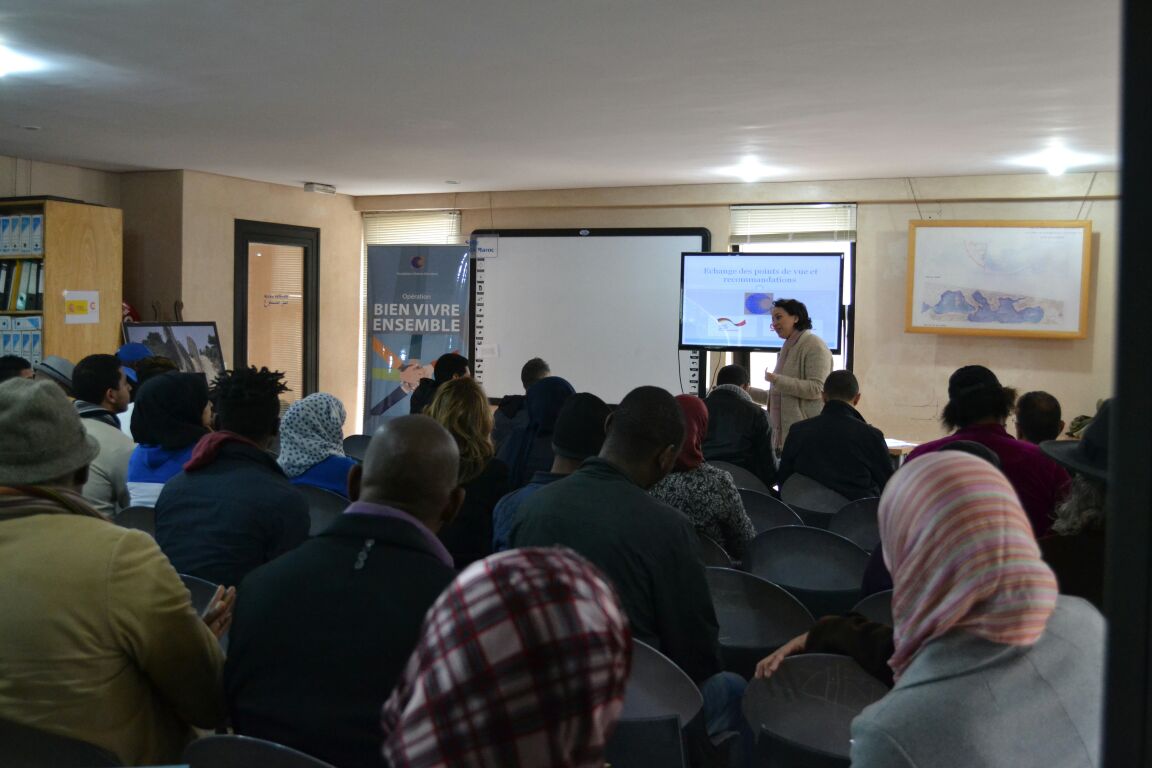 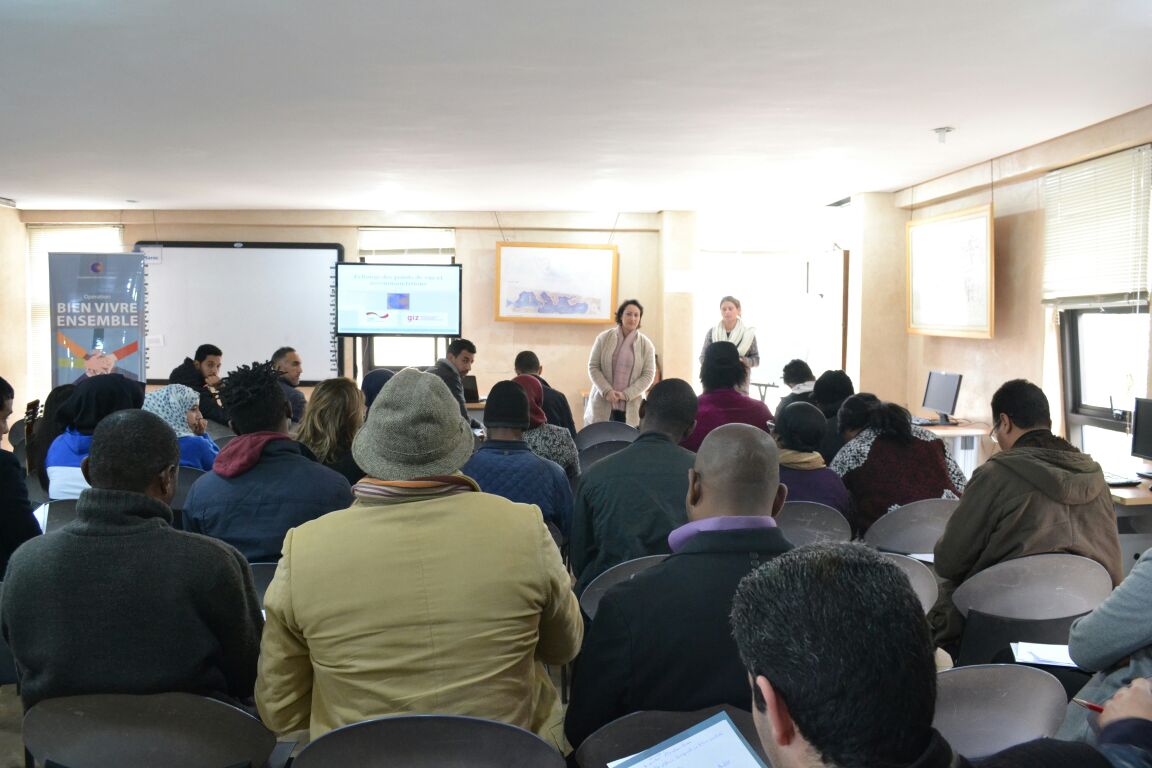 Several different activities will be organized in order to achieve the aims of the overall project:

1. Awareness raising and training workshops at
interculturalism.
2. Art in the city and street furniture:
The idea is to highlight the diversity of the neighborhood population, composed of migrants and of Moroccans through creative and artistic installations, and through the redevelopment of certain spaces.
3. Neighborhood celebrations
4. Creation of an interactive portal of the city CYM:
An interactive portal will be created to showcase the immaterial capital of the CYM district, project achievements as well as the diversity of
his population. The portal will also be a tool for communication on the project.
5. Intercultural café:
This is open to the public once a month, during a period of at least 10 months, to organize exhibitions, cultural events and intercultural cuisine.
6. Cine-debates:
Each month a screening session is organized, French or Arabic speakers with subtitling in other compulsory languages.
7. Solidary “colocation”:
“Solidary” colocations, are a pilot project in Morocco. It’s about proposing to 4 selected artists, from the call for art project and street furniture, to live together for 4 months near the center of Rabat.
8. Initiation to African dance:
African dance classes will be offered to children and adults
9. Organization of sports activities:
The sport is known and recognized for its ability to foster integration through team spirit and values sports. We therefore wish to set up
sports activities such as football tournaments and introduction to gymnastics.
10. Sponsorship activities and tandems:
The common idea is to create and consolidate strong and particular links between 2 members of different communities.
11. Short-films training course:
This is for young migrants and Moroccans, to be trained in journalism and in the basic techniques  for realizing short films (of 2 or 3 minutes).
This a project will require 6 weeks of work.

For the French Version of the Activities and main purposes of the overall project “Opération Bien Vivre Ensemble” see below: