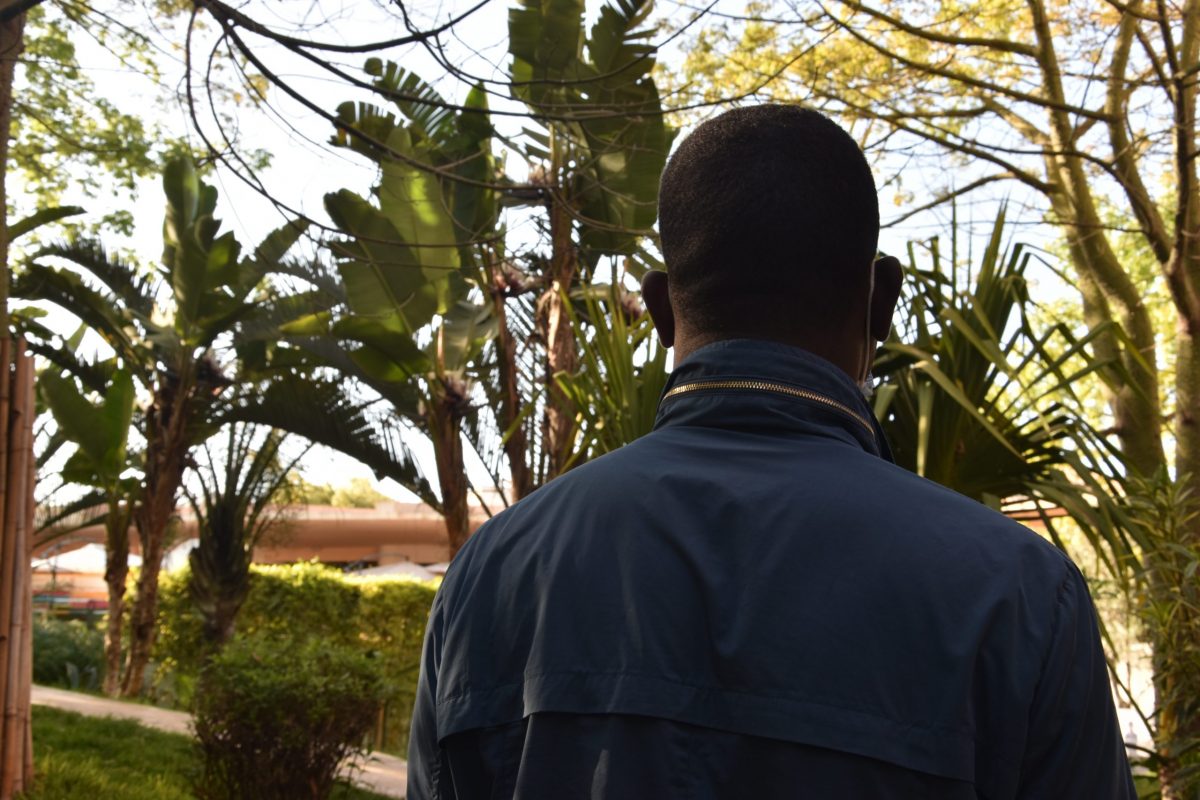 “In Libya, the traffickers said that if I couldn’t convince my family to send the money, they would have killed me. But the rest of my family lives in a camp; they don’t have money to send. Of course, they did not believe me“.

Abdallah lived in Darfur, a region in the east part of Sudan, where a huge number of people have died in the last years, due to conflicts opposing Arabic tribes and militias against the black tribes that represent the majority. More than 300.000 people have died in these attacks. Talking about his situation back in Soudan, he says: “Nowadays, people live in a very tough way. They live in camps, with no water. When you try to go out from the camps, to escape, the Janjawids are waiting for you outside. They attack you. Janjawids are militias constituted by Arab tribes from other countries. They want to kill black-skinned people.” Abdallah lived in a village near Nyala, in the south of Darfur. In 2016, after a Janjawid attack, more than half of the people living in the village were killed, including Abdallah’s brothers and sisters. He left the village and went to live in a camp, though the water was not healthy and he barely had food to eat.

After one year at the camp, he decided to leave. Leaving the camp was risky because he could have been caught by the extremist groups surrounding the area. He left at night and walked until the border of Tchad. He worked there for one year. Every day, he worked for several merchants, by taking products and goods to the market with a wheelbarrow. He was able to collect some pocket money to go to Lybia in 2018. The departure to Lybia is organised in a village at the crossroads between Lybia, Soudan, and Tchad: Tini. There, a group of traffickers offered him a ride to Lybia. Nevertheless, when they arrived at their destination, they sold him and imprisoned him. They asked him to call his family. “In Libya, the traffickers said that If I couldn’t convince my family to send the money, they would have killed me. But the rest of my family lives in a camp, they don’t have money to send. Of course, they did not believe me. They tortured everyone who couldn’t get money for them. Sometimes they didn’t even give us food. When they fed us, they gave us pasta with a lot of salt. They didn’t give us water. That was their method to make us thirsty. If you wanted water, you had to call your family. If you refused to do it, they tortured you again.“

From time to time, the traffickers had problems between them. Some armed groups attacked the prison and that’s when Abdallah managed to escape from the house. But while he was running, some criminals tried to rob him. “I said: “I have no money”. They had a knife and they cut my face.” Abdallah still has a scar that reminds him of that attack. After two weeks at the hospital, he decided to go to Algeria, where he worked for a building company. “But in Algeria, there’s no protection for refugees. They kick you out. When the police took me, I had no paper on me. They brought me to the desert and they let me there for three days.“ Abdallah left Algeria to come to Morocco, passing through Maghnia. Caught many times by the police, only the third time he was able to pass the Moroccan border. “In Oujda, the police stopped me and took my bag and all my clothes, leaving me with nothing. I don’t know, maybe to punish me and convince me to go back to my country. I had nothing anymore. The UNHCR gave me a house where to sleep for few days and gave 500 dirhams to find a place to stay in.” Abdallah is a refugee now and lives in Rabat. He still has the ambition to travel and complete his education. His dream is to study medicine at University.

“I want to leave Morocco because many people here do not respect me. When I get on the bus, they speak to me always with discrimination. I decided to travel because I want to study in Europe and try to help my family. I would like to come back to Sudan one day and be able to make people’s lives better. I would like to change my own country.“