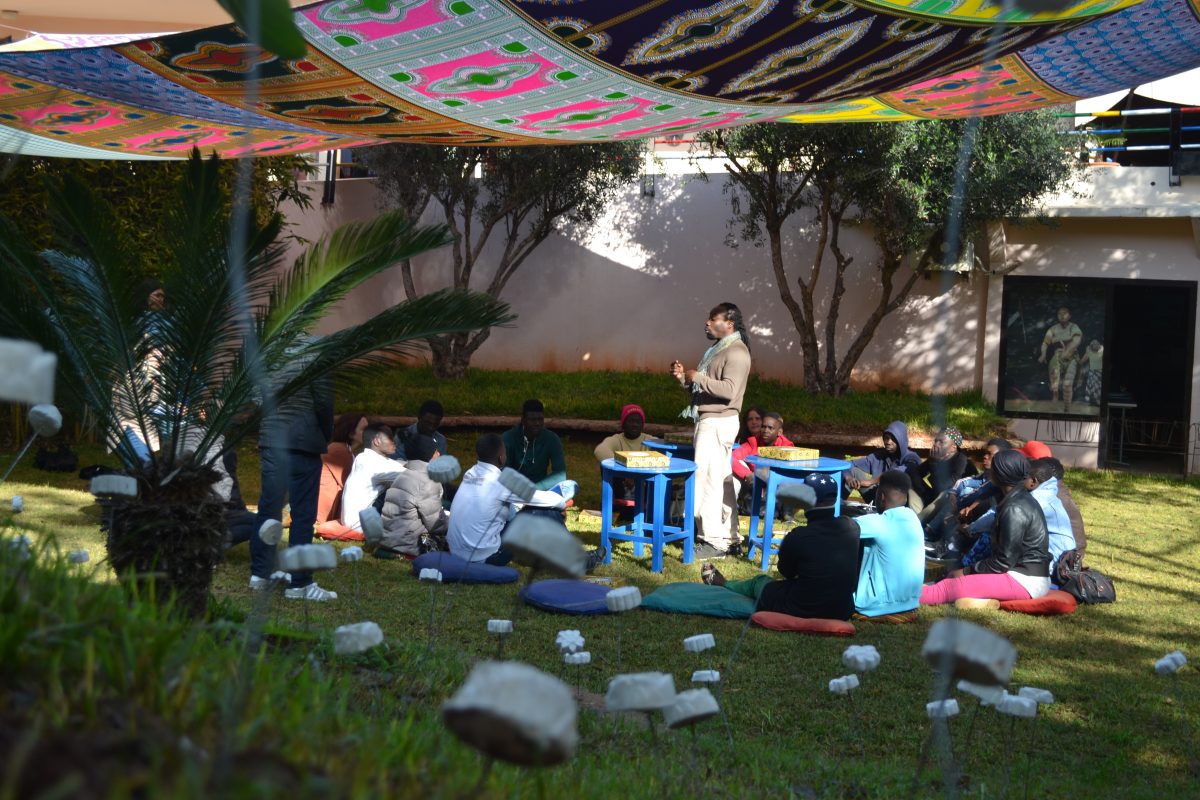 Two weeks after the signature of the Global Compact of Migration in Marrakech, Fondation Orient-Occident, through our Festival Rabat Africa, continued to raise awareness about the issues migrants face worldwide.
This year the 12th edition of the festival occurred in a world where migration is ever more a public concern for all countries but also a world where, sadly, ever more awareness is needed for all political choices to remember the humans behind these migrations.

This festival hence was for us a chance to both create moments of sharing between all the communities of Rabat while also underlining the problems migrants still face.

It kicked off with a highlight on the start-ups recently started by various migrants and refugees in Morocco, a project FOO has been able to organize thanks to the help of the Dutch Embassy in Morocco. Among the start-ups presented there were restaurants, new radios and projects that aimed at making music a tool to express difference and find a common ground. In the opening talk the courage of these entrepreneurs was prized with also serious talks about the difficulties some of them faced as they live in this country still without a legal regularization.

Following this, the group of dancers Africa-K brought energy to the Fondation through dance and music!

On the second day a storyteller from Nigeria, Reuben Odoi Yemoh, continued to use music, this time to tell stories to the children of the FOO’s kindergarten. His message is to value one’s own culture as a way to understand other people’s culture and create a conversation between our roots and the world we inhabit. The same message was then sent to a group of underaged refugees, asylum seekers and Moroccan citizens. With this last group Ruben brought group games and questions where everybody’s knowledge on Africa and the world was tested leading to surprising and at times funny realization of how little we know of our world’s complexity.

On the same day Moroccans and migrants gathered again, this time at the stadium of Yaacoub El Mansour where their football skills were tested and subsequently prized by people who work at the FOO and the municipality of CYM.

Later that night another example of integration happened, this time in the city centre of Rabat, in Cinema la Renaissance, where all representatives of the different nationalities inhabiting Rabat came to simply dance together to the sounds of our continent’s music played by the group Coton d’Afrik and the Sailors and by the fusion of Mbemba Diebaté Kora & Bacoumba. Many people who work at the Fondation were there including the President Yasmina Filali, everybody enjoying a night symbol of the beauty the FOO is working hard to bring to the world: a group of people from all social, cultural and economic background dancing together in tens of different languages, simply enjoying each-other’s diverse company.

The festival then continued with the intervention of the inspiring group “The Messengers of Messages” who made a workshop on African patterns in clothing and gave an inspiring talk reminding the hardships of apartheid and the risks we live if we create a world where our skin colour and ethnicity becomes a cause of division. As the Prince of the Messengers of Messages stated “apartheid created a country that was crying all together, a country created so that its citizens hate each other”.

Throughout the four days the Festival also highlighted art by giving the opportunity to different artists to expose their job. The walls of the FOO, in fact, are now hosting the drawings of Samir’s Tolerance graffiti and of the African patterns drawn by Tibary. Ulrich Zouanda, Nasir Mounes and Ali Albazzaz also exposed their pieces at the entrance of the FOO.

The festival, finally, came to an end with the screening of the documentary by Davide Fedele “Revenir” a detailed description of what it means to cross so many countries, trying to leave poverty, wars and realities where humans’ dignity is not respected. These conclusions created the opportunity to see the problems we still face as we try to create a world of acceptance for everybody and where the 13th article of the UN Universal Declaration of Human Rights, the freedom of movement is a binding part of all border controls.

On this occasion FOO would like to thank everybody who came and all the people who, everyday, dedicate their life to improving migrants’ situations. A special “thank you” to the team who set up and organized the festival part of the project Bien Vivre Ensemble.

See you again next year for the 13th edition of the Festival Rabat Africa!