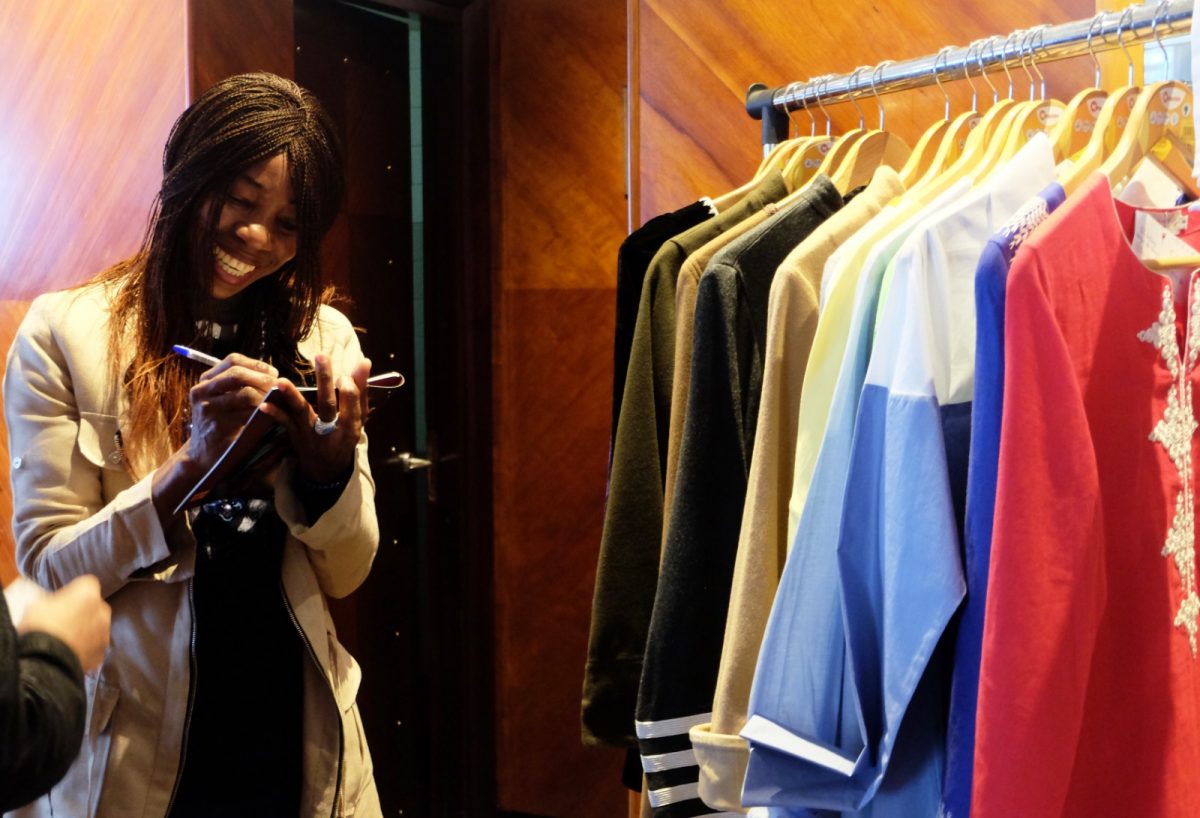 Solange, 39 years old, comes from the Democratic Republic of Congo where she obtained a baccalaureate in Math & Physics before starting her university studies. When war broke out in her country in 2000, she and thousands of others fled the horrors of the conflict. It took Solange 5 years to arrive in Morocco by all kinds of means of transport. However, the word “WALK” is what comes out of her mouth the most. Her journey is worthy of being a horror film that any adventurous spirit might dream of as long as it does not carry the drama that accompanied her for each step of her journey. “Walk”, she said. “Always walk. From day one to the last. You have to walk, walk, walk… Death is lurking if you don’t”.

She fled her country under the shootings and the blows of machetes aboard a canoe to land in Congo-Brazzaville. From there, she reaches the Cameroonian borders looking for compatriots who fed her, draw diagrams of the route on pieces of cardboard or crumpled sheets of paper. She slept and ate in the street. After few weeks, she left Cameroon to go to Benin, that she reached after three months of walking. From there, she continued to Burkina Faso then Mali before reaching Senegal. There, she was told that it is better to return to Mali and go to Algeria. The path is less risky, as it is facilitated by smugglers. However, she has to pay.

But Solange has no money. The little she had left was used to buy a seat on a van or on a bus. She returned to Mali and pointed to the Algerian border. There she got pregnant without knowing it. She was crying and begging for help. A woman offered to pay for part of the trip. Each immigrant pays accordingly to the extent of their capacity. She climbed a truck packed with immigrants like her. Men, women, children who have left everything behind, abandoned everything; land, parents, children, work, friends, memories…

She finally reached Oujda, in Morocco. A miracle. Penniless, she had been suggested to go to Rabat, where there are reception facilities for migrants, the UNHCR. She was doing the best that she could to get by. She arrived in the capital in 2005 where she gave birth to a girl. The UNHCR directed her towards the Fondation Orient-Occident, the only NGO that for more than 10 years has offered assistance and integration programs to sub-Saharan migrants and refugees. The Foundation’s nursery where she left her daughter allowed her to take Arabic and English courses at the Foundation’s Center before undertaking professional training in computers, aesthetics, pastry making, and knitting. Then, she joined the “Migrants du Monde” workshop where she learned sewing and embroidery. Her life had changed. She has a job, becomes part of a family, “migrants like me, coming from diverse backgrounds and sharing the same setbacks”, she says. Solange has acquired the know-how and started to make money. She can “have a home and eat enough!”, she states.

“The Foundation saved me”, she declares. “I learned new skills and rebuilt a family here that protects me and helps me feel at home and like a human being again”, she adds. Meanwhile, a Congolese woman who can afford to travel to Europe convinced her to entrust her with her daughter. “The little one will have better luck on the other side!”. Solange accepted. She didn’t know that her daughter was some sort of safety net for this woman. Her daughter now lives in Paris and is said to have even found her alleged father. She misses her daughter, but she is happy for her. She knows she escaped an unfortunate fate. She says she will find her one day. Solange is not considering a possible return to the DRC. “My life is here,” she says. After thinking, she adds: “My destiny is in the hands of God. Only he knows what is good for me.”