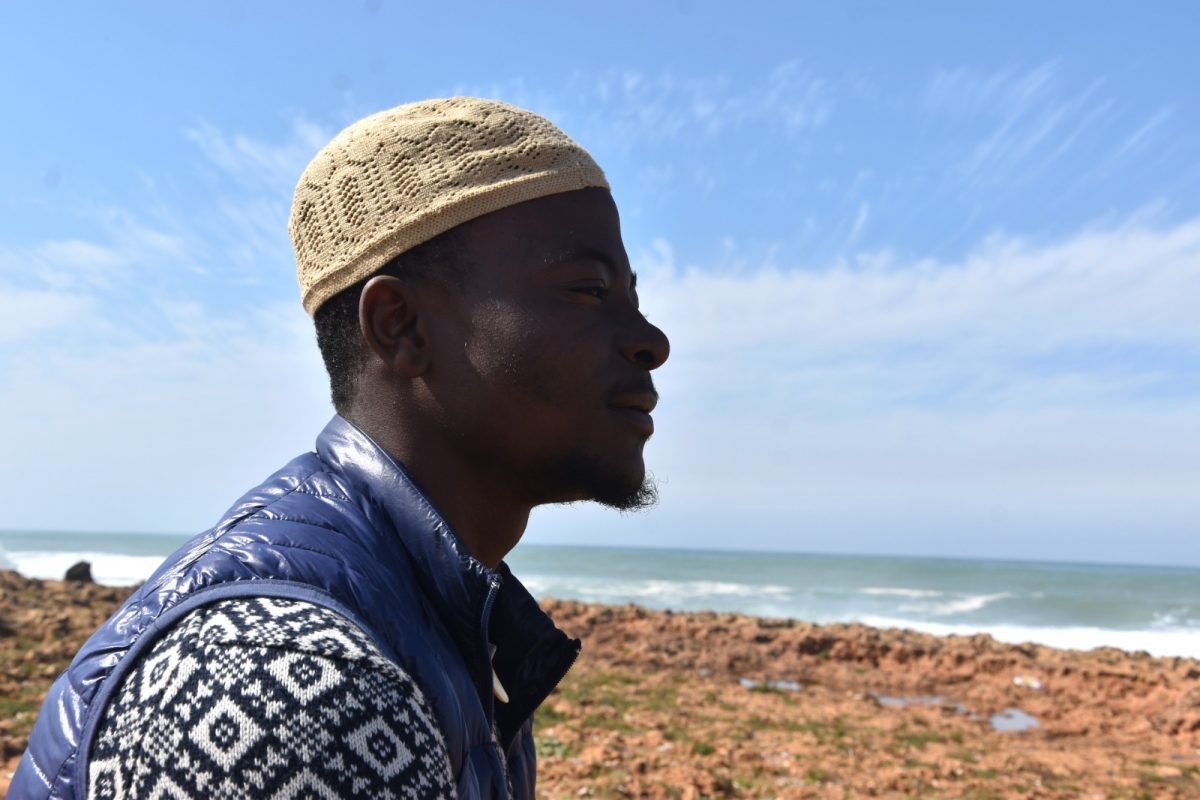 “When I left my country, I did not have the desire to go to Europe and make money. I do not belong to a poor family, so I did not leave in order to be rich, but to become free and live my life. Freedom is the most important thing“.

Aboubacar (Bouba) left the Ivory Coast during the 2015 crisis. After the murder of his father, a former military leader, he no longer felt safe in his country and decided to leave, without a precise destination. When he arrived in Mali, he worked for a year in the construction of buildings and he met an Ivorian friend, on his way to Morocco. His stay in Mali, a country that shares a border with the Ivory Coast, was still dangerous for Bouba, who had been kidnapped several times for his political involvement alongside his father. Mali was not a safe country for him.

For this, Bouba decided to follow the friend on his journey through the desert, headed to Algeria. However, he did not expect the trip to be so long and arduous. “You leave. You pay the traffickers and they put you on the top of a truck, like sheeps, in their way towards the desert”. After Tuareg armed groups stopped them several times through their path, most of the people who were traveling had to give all their money away. Aboubacar, who had paid for the trip with gold chains that belonged to his mother, refused to sell the last one, his mother’s favourite.

In Kidal, Bouba was held captive in a house with other travellers. He was allowed to leave the house only to work in order to earn money to buy his freedom back. The physical violence and torture inflicted on poorer migrants by the traffickers had a specific goal: to push them to the limit in order to make them call their families and convince them to send the money. Those who did not get the money are probably still captives. The most disgusting thing for Aboubacar is the thought that the oppressors were of the same ethnicity as the oppressed. They were supposed to be “brothers”, but they chose to turn against their own people. This experience dramatically changed Aboubacar’s view of life and made him think over the terrible things that human beings are able to do.

When he managed to “pay the fine” and collect his papers, he arrived in Algeria. The lack of job opportunities and the State’s intolerance towards migrants pushed him to take the road to Morocco. “I didn’t have a fixed destination. I was just going. When I left, I just wanted to live”. Following the rails of the old Algeria-Morocco train, Bouba finally arrives in Oujda, then in Rabat, after 1 year and 6 months on the road.

After 5 years, Bouba is still here and is recognised as a refugee. He speaks more than eight languages ​​and has created a fitness start-up. However, his dream job is to open an association for orphan kids and welcome them as they were his own children. When he thinks about his future, Aboubacar says: “In five years I will be married, I will have children and a beautiful family. I no longer see my future in Morocco. I am not going to be rich, because money do not buy happiness. I just wish I had a little bit of it, so that I can take care of my family and be able to enjoy nature and make the most of the people who love me. Most sub-Saharan people going to Europe do not actually want to stay. Their goal is to study, get new skills and then return to their own country. We know very well the value of our countries. There is no place where you feel better than home. I do belong to Africa.”