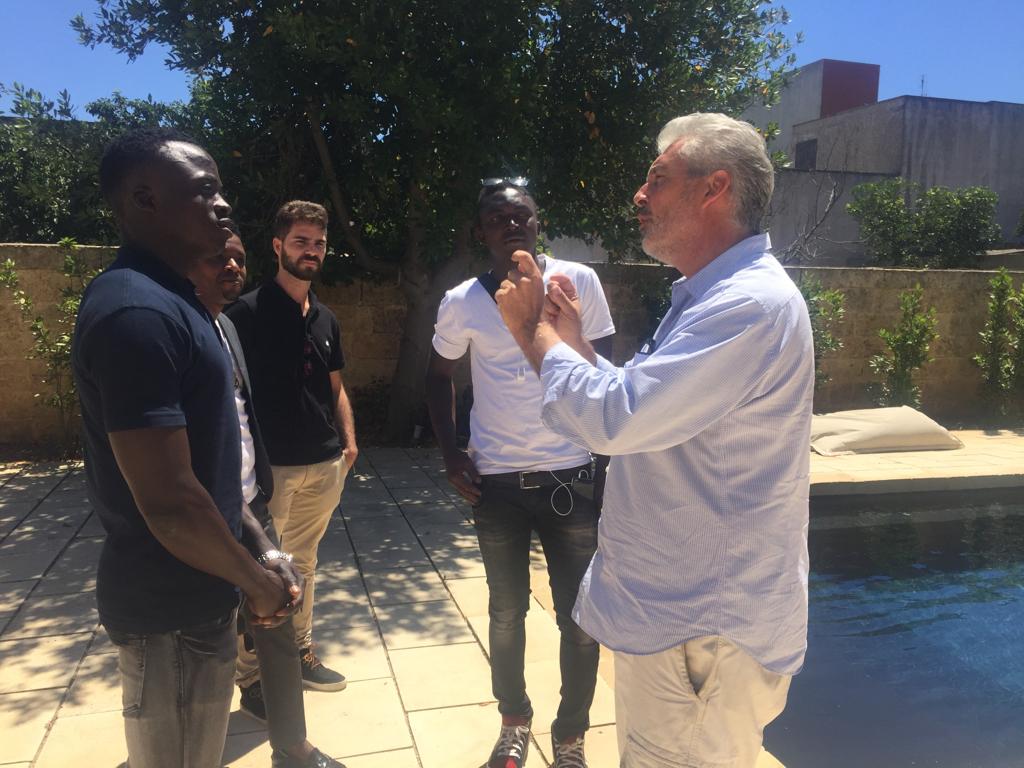 700 000 heures is the average time a person spends on earth, a too precious time. But 700 000 heures is also a wandering-world hotel, a unique travel experience designed appositely to make each of these hours unfrogettable and turn them into an everlasting memory.

It is Thierry Teyssier who, 15 years before, conceived and founded 700 000 heures, a completely new and original idea of tourism and hospitality. 700 000 heures offers its clients the opportunity to visit exceptional destinations, discover other cultures, landscapes and dreams with a new journey offered every six months.

700 000 heures selects unique, authentic private homes sometimes in a single location and sometimes organized around an itinerary just for guests, available during the short visit in each destination.

In every single location, 700 000 heures hires its staff among the local inhabitants, with a logic of “learning by doing” therefore not even requesting a professional training, but rather insisting on a willing spirit of collaboration and engagement.

Over the months of October and November 2018, 700 000 heures landed in Italy to set up a two months unique hotel experience in a traditional house in the southernmost tip of the Apulian region: Gagliano del Capo, in Salento.

However, for this time, 700 000 heures did not simply select its staff among the young local Gagliano’s inhabitants, but also opened the professional doors to refugees coming from Sub-saharan Africa recruited by Arci Lecce and the Social Cooperative Orient-Occident, the italian entity of Fondation Orient-Occident present in the city of Lecce since the 2017, especially on Thierry Teyssier’s demand in order to join the villagers of Gagliano and work together.

The overall intention, in line with Fondation Orient-Occident’s philosophy, was to create a multicultural group of work and thus enhancing refugees integration through employment.

All the people selected in the group (both Sub-saharans and Italians) were non-professionals, and the training was through the actual two months of work. For training, as Thierry Teyssier states, “we do not mean a technical one, but a training to learn what is a client, and what needs to be done to make him/her feel at ease with living in the community (the community made of staff, clients etc) within which he/se is integrating“. The model proposed by 700 000 heures is in fact one in which there is not a separation between clients and staff: both are considered part of a temporary community that shares an experience in and of the place.

And in reality, the result was successful way beyond expectations.

As Thierry Teyssier states “it is a real success story..” and continues “the interaction of the equipe made the project so succesfull, because they all together integrated very well and this was both a prerequisite as well as a result of the process of learning to overcome the challenges faced in the workplace”.

Once again, and similarly to what already happens at the Migrants du Monde atelier, Fondation Orient-Occident was right in proposing a model of integration based on the sharing of commitments and on a consequent common vision of the future.

About the refugees employed, Thierry Teyssier stated that “initially these people were simply interested in finding a job, but the result has been completely different: the project turned into learning, knowing each other and living together“; and continues “they were the most dedicated workers, and they surprised everybody: us, their colleagues, the clients.. they did the job better than anyone else. And this maybe because, compared to others, they have all to give”.

This and many other stories tell of how succesful variagated and multicultural work teams can be.

This, and thousand other stories, remind us that refugees and migrants not only could be, but effectively are, a real added value.